Affection is a simple and delightful emotion, which when conveyed, lets the other know that they matter and are cared for. There are several ways to let this feeling travel and reach its destination, of which physical touch or hugs are a significant mode. However, is physical touch an integral and conscious part of our parenting or does it need some revisiting in today’s socio-cultural context and our childhood experiences? Read on.

(First published and reproduced from the leading magazine ParentEdge)

We Indians have culturally been wary and shy of expressing or displaying our emotions openly in most interpersonal relationships – be it parent-child, spousal relationships or amongst siblings – especially when men are in the equation. Going back a generation, you will recall how fathers or older brothers simply assumed the roles of disciplinarians or protectors. There was no easy banter or shared laughs with most fathers, so hugs and cuddles were unimaginable. While dads were the martinets then, it was the mom’s role to lavish love and affection. Yet, their ways were restrained or subdued, more so in the presence of other family members. Mothers’ expressions of love and affection included cooking your favourite meal, an extra coin or two as pocket money, trying to save you from your father’s anger, and probably patting your back or forehead.. Bone crushing hugs or a rain of kisses were certainly not a usual household sight. .

A lot of research has gone into understanding the impact of physical expressions on the biological and neural activities in a child. These researches have unequivocally proven the many, evident benefits of trusted physical touch in the development of a child. Physical gestures, and in particular hugging, transmit security, warmth and care to the child’s brain. And this transmission primarily releases oxytocin, serotonin and dopamine hormones into the body – these  are the ‘happy/destress’ hormones. These not only help in building a trusting bond between a parent and child but also contribute to development of an  emotionally equipped human being who has better interpersonal relationships at all levels.

Going beyond the emotional and mental benefits, a few studies have shown the effect of physical touch on  health. A Carnegie Mellon University research set out to find if a gesture of social support, such as hugging, builds protection against infections. And astonishingly their hypothesis turned out right! Among 404 adults, those who had greater social support and received more frequent hugs during conflicts were less likely to catch a cold after they were exposed to the virus. The hugs indeed had a protective impact. One study published in 2018, went on to show how touch can be used as a tool for communicating empathy, resulting in an analgesic(pain relieving) effect.

No matter  the age,, all children need someone to trust, to turn to; someone to console them or to reassure them even when they might vocally not ask for it. Internally, as part of our evolutionary growth we all need human connects. And physical touches help to establish that connect strongly. However, as time passes and children grow up, physical expressions of love and affection also evolve and change. Some of these changes are parent-driven while others are child-driven.

As daughters transform from their father’s little dolls to adolescent girls, they go through a spurt of physical and emotional changes. Those bedtime hugs and cuddles begin to fade, as both find it more awkward. A certain wall of hesitance comes up. Similarly with boys, the munchkin sons suddenly become teens retracting from baby names and snuggles. They have an assertive individuality and shy away from overt displays of affection, especially when peers are around.

Contrary to what children project or is assumed by adults, children’s need for strong and trusting parental or other bonds does not lessen as they sometimes project or is assumed by adults. In fact, in these times of social media frenzy and digital invasion, children undergo a lot more emotional upheaval and peer pressure than earlier times. They are much more vulnerable to stress and anxiety, as studies show. It is so much more important for parents to pick up cues of change in behaviour. Also, each  child has a unique emotional map which they navigate in their own ways. So, some might not come and ask for those hugs anymore but still be in need of a strong physical assurance.

As adults, we crave for validation and care from people around us and a child expects exactly the same. However, as a parent the onus will be on you to reinvent expressions of affection and security that match a child’s evolving emotional needs. A gentle squeeze of hands, a pat on the back, a high five, ruffling of hair, or a good night kiss on the forehead are little gestures which convey to them that you are going to watch their back always.

It is important not to go overboard with your touch, instead identify the child’s comfort level. Similarly, not all parents are natural huggers and might have their own unease in doing so. Child therapist Claire Mellethin says, “Do not underestimate the importance of playing and being silly with your children”. These other physical forms of expressing affection also create that burst of feel-good neuro-chemicals in the child’s brain.

Think beyond your childhood experience

Indian families have travelled a long way in terms of cultural and social set ups. Two or three decades ago, while the joint family system was the prevalent norm across the country, parents had lesser involvement in their children’s day to day lives. The extended circle of cousins, aunts and uncles gave a wider security network in a natural way. The same family system also meant that parents were rather wary of showering their affection publicly or openly upon their children. This social set-up unwittingly led to a scenario where parents and children always had some unease in expressing their emotions, especially when it came to fathers and sons.

Community specific protocols and gestures of respect were ingrained much more emphatically than the need to express other emotions. Touching elders’ feet, covering the head, lowered eyes etc. had a more dominant presence. However, the communication of love and respect for the child as an individual which would build trust and openness was somewhat compromised.

But today, the social and cultural fabric stands drastically revised. You may not have hugged your parents that many times, but carrying forward the same legacy might not be the best idea in terms of expression of your love. For today’s children, their inner circle of support and trust is very limited and rather fragile. If they cannot come to trust their parents, share their fears and insecurities freely, it is likely to lead to emotional issues and breakdowns.

The positive role of hugs and other forms of physical touch is solidly established in the overall development of a child. But how well parents are able to express it and how well children receive it depends on their personal back stories. It is important that children trust their parents and close family members for support and strength, but it is equally important that they understand the difference between a good and a bad touch within their inner circle also. While you do not want to live in constant anxiety of your child being abused under the pretence of a close relationship; or your child growing up suspicious of every touch and affection, you also certainly do not want them to be exploited or damaged in the slightest way. Be aware, be alert and be available to your children and understand their instinctive recoiling against certain people or discomfort with certain touches irrespective of the closeness of the relationship. However, be mindful of not sowing seeds of mistrust and anxiety over every touch and relationship.

As time passes, your little, dependent honey-bunches grow up entering their tweens and teens. In this new phase, they are much more independent in every way, with your role significantly diminished in their lives. At this stage, the biggest challenge for parents is to remain relevant in their children’s lives for the right reasons. The care, concern or love for each other does not reduce  but each finds it difficult to reach out to the other. The cocooned life of school and home is over and the challenges of the real world raise their heads out of the hood. Now, tweens and teens will either come for that hug on their own when in need or will find it  ‘weird’. But you will have to give them the time to ask for it and provide assurance from afar. Do not be over-keen to be part of their lives as you were in their younger years or intrude into their emotions lest they withdraw. Nevertheless, certainly take a moment to sit with them to guffaw and gossip, hold their hands and let them know that you are still there to guide them and watch their backs. The most important thing in this delicate transitional age is that you respect their personal space while they appreciate your availability and concerned involvement.

Every relationship demands trust, patience and effort to blossom and that is so with the parent-child bond too. The joy and success of a bond lies in the communication of feelings and emotions. Hugs and physical touches are effective ways to express those feelings that lead to emotionally and mentally nourished children. Parents today need to have their minds more open than the previous generations, so that their arms are in turn more open to hold their toddler,  tween or teens  in loving embraces. Of course, keeping their eyes open, too  to understand every cue to guage their child’s comfort level.

You might also want to read Can or Should Parents be their Children’s Friends? 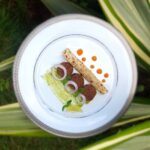 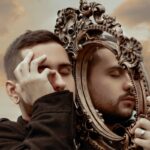 “You are perfect” – An affirmation of delusion