Now this topic is of real concern, and given the times my friends, relatives and I have indulged in discussing it, only proves the amount of mind space it is occupying in similar aged parents. I am talking about the perpetual parent rant on the demanding and often disruptive ways of their kids. It is agonizing yet consoling to know that it’s not your kids alone who have minimal value for things, who are more often than not sulking or stubborn, isolated or hyper reactive at all matters.

It drives me bonkers to see this generation of kids being constantly discontented or disenchanted while living such privileged lives. It is a deeply sad scenario but I am truly hoping that my nightly talks (“lectures” as my son calls it) will come in handy when they really face the world on their own. However, in all honesty I also feel that our kids might be thinking the same way about us. They might be finding us inadequate, unreachable or rigid at times. We aren’t perfect parents as well. No one’s really perfect, has never been. So let’s talk about being real.

We are largely and definitely more emotionally connected to our children than our parents were with us, especially the fathers. The fear factor is considerably low, the friendly quotient is high. Yet when I think back, no matter that I never confided or chatted up with my dad, no matter that he laid the strictest codes of conduct for my brothers and me, no matter that we were scared of him, yet he is undoubtedly my first and foremost hero. Talking to some more friends, they all agreed that despite the non-friendly, non-cool relationship with our respective parents, they all did a great job of raising us well despite the military kind of discipline.

Coming to the present, I feel we might be friendlier and more frank with our kids and vice versa but there is a smog of conflict and a lingering discontent perpetually hanging in the air. I consciously try not to be a helicopter parent or pressurize them over tangible results. And yet, a couple of incidents made me take note of what was transpiring in their heads and mine. My son has joined the crazy Harry Potter fan club so all we hear are spells in the house and pretend games of Dumbledore and Voldemort. My younger one under sibling influence is playing along in the madness. So after reading the books, my son was very curious to write with a quill. I collected two from the garden, got them an ink pot and there they went excitedly dipping the quill end in ink and lettering with it.

They were surely having fun, until my daughter, a drama queen, sulked impatiently, “I don’t like this. What if I write badly and I write wrong? I can’t even erase it.” I tried reasoning with her, “Darling, its only for fun that  you are doing it. So just let it be messy but enjoy the experience.” But her competitive spirit wasn’t taking it. At that moment, I genuinely wondered since when did kids or my kids start looking for perfection even in games? Why was she worried about neatness instead of enjoying the quill dips in the inkpot? Did I somewhere pass it on to stop doing things for sheer fun? She doesn’t know and I wouldn’t want to think so.

Talking about my own fretting isn’t much fun but I’ll be sincere. My nautanki daughter loves her Barbie dolls. She wants to play with them all the time, dressing them up, sending them to school or arranging birthday parties for them. Given a choice, she would even read only Barbie stories too.

Candidly, I was no different as a kid. All I played were the dolls or the kitchen sets. And my mother never had any hang ups about it. In fact, I clearly remember jumping with joy whenever she got those big, fluttering eyed dolls as surprise gifts. I, on the other hand, have  told my little one several times to stop playing with the silly dolls all the time, rather learn to catch a ball or  play better games. Behind this restrain is my fear that if only playing with dolls, she might not know as much as other kids. She needs to be multi dimensional, learn a sport, read about owls and snails and solve puzzles.

Then I looked at myself and thought, I didn’t play much of a sport, I didn’t read too many books as a kid definitely not the WHY’s and HOW’s, my parents never told me to sit and play board games, and they never stopped me from playing all the doll games all the time. But with due humility I would say, that in time I have turned out quite fine with various interests and reasonable skills. So why am I unnecessarily fretting and concerning my girl?

My parents’ primary focus while bringing us up was constantly hammering the importance of compassion and righteousness in life. And they did a fine job of it. The best part is that they didn’t choose this style consciously trying to be  certain kind of parents. It was what all our parents naturally did  back then.

At that, I recall another of a late incident. My son is an introvert who can be easily flustered with personal non-performance. He played an U-12 Tennis tournament recently for experience and improvement though he is in the U-10 category. However, he won two matches of it and while he was going for his third match against a very able opponent, I only told him, “Beta, don’t think about winning or losing here, just play for the joy of the sport and play your best game.”

Surprisingly in a very thrilling match progress, he broke the serve and won the match. When he stepped out of the court, we were evidently proud of him and so was he. But what pleasures me more is what he said, “Mummy, even if I had lost, I wouldn’t feel bad because it was a good game. I enjoyed the match.” And I knew he meant it.

These little moments give me hope that despite the constant contradiction and non-cooperation that we face with them, we might still accomplish giving them some valuable lessons of life. These snippets might look isolated in nature and inconsequential in parts, but they tell a broader story; about the journey of bringing up happy, thoughtful and sensible human beings for this world. They are our very beloved offspring but a beautiful message from my son’s teacher gave me the bigger perspective. In a thank you note to the parents, she wrote, “The future of this world is in my classroom today.” I found her statement profound and touching.

We are in very challenging and transformative times, where we are trying to be their friends but unlike friends we cannot consent or affirm to their every whim and fancy. On the other hand in this “friendly parenting” mode they don’t understand that we expect some parental protocol and respect as we had with our parents. I have come to feel that no matter how cool or confrontational is the equation that we share with our children, but it will be in our best interest to win their trust rather than their friendship.

I had some Fun, Shhh…Don’t tell anyone… 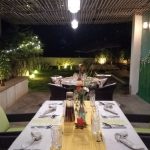