We as a society have long been discussing gender equalities in our homes and work places. And it is indeed time that we come out of our gender specific stereotypes and start acknowledging men and women as individuals. It’s not about breaking the tangible, physical role typecasts, rather coming out of the mental and emotional stereotypes to establish an equal relationship ground.

Respect is the cornerstone of any relationship and from it stems the basis for emotional and psychological equality at large. This equality is the right and prerogative of both involved irrespective of the gender, status of the relationship, work, profession, non-profession, success or non-success of either of the two.

The worst thing to happen in any relationship, be it friends, more than friends, lovers, or spouses, is that when either one starts taking the other for granted. And the worst thing that you do to yourself is when you let the other take you for granted. The strangest thing is that you even realize it happening, the anxiety and rancidity of it washing over you like filthy water pouring out from a broken drain pipe. Yet, you do not budge rather hope that it stops on its own. Sooner or later, it might even stop only to pour again at another day and time.

Taking someone for granted after a certain point, is the worst kind of emotional abuse. Because you aren’t being explicitly disrespected or unloved or cheated upon, but you are explicitly being shown as indifferent. It implies that the other person absolves himself from the responsibility or realization of how they make you feel. Maybe sometimes even making you feel invisible. The irony is that it’s not as if you don’t matter, or they have no interest in you anymore. But they wrongly come to believe that you will always come around on your own or never budge or dissent anyway so why bother.  Indifference strikes right through the core of a person’s being. Because it renders your existence in the relationship meaningless.

In my own previous post, “Both fight. Both suffer. Both make-up?”, I did say that taking the first step to resolve a difference or issue shows that you are stronger than your ego. It is not the weak or always the wrong doer who chooses to make up, it is the more sensitive, sensible and stronger ones who do it. I still stand by my words. However, there is an inherent risk in always being the one who decides and acts to sort out matters. Your partner and people in general start expecting that from you. In fact, they even stop realizing that they might have hurt or offended you too in the first place.

Most times you are left with only so many non-optimal options. Either trample your self-respect and go on cajoling, cheering and initiating conversations and making up. Or build a wall of ego and let matters take their own course or wait for the other to come around or don’t give a heck about it altogether. Here, an important self-realization is that when you choose to be the initiator or mender, you might be doing it out of a genuine good-natured-ness, or because the person and the relationship in question both matter to you enough not to leave it to chance or a combination of both. So, raising an ego barrier is not even a conceivable option. It never is actually.

Having said that, it is no less imperative to know how significant are you to the other person. Is he/she willing and perceptive enough to show that you matter too? And you will find this out only when you neither step over your self-respect nor let the other walk all over you. I wouldn’t say you should put yourself first or second, but you should certainly put yourself right. Worthiness and dignity are pertinent whether it’s a frivolous or a committed relationship. To which end, you got to let the other exactly know how you felt or feel about their actions. And despite knowing that, if the other couldn’t care less, or assumes that you’ll come around anyway or simply fails to realize even the basic expectations of a relationship, you are undoubtedly being taken for granted without excuse.

Photo by Karolina Grabowska from Pexels 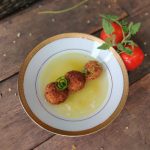 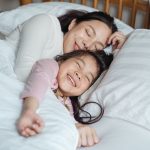 Why does a parent-child hug come with an expiry date?