Skip to content
I am not particularly inspired to write anything actually but funnily I have guilt pangs if I haven’t scribbled something in a long time. It’s one of my active vocations and seems to me that if I don’t pursue it, I might lose some personal sense of identity. This fear is remarkable, because it isn’t even a real fear. My writing doesn’t support me financially or professionally, that not doing it might cause me any measurable hardship. It’s a purely personal gratification and validation which reinforces to me suitably that my thinking faculties aren’t dormant yet. This self belief is the quintessence of our life.
I recently went on a holiday to the exotic Kenya and Zanzibar. It was obviously a wildlife trip focusing at the Masai Mara National Reserve with some surf and sand in Zanzibar. Being a non-naturalist and non-wildlife enthusiast, let me tell you it was still an absolutely sensational experience to see the wild and beautiful beasts in the Savannah of the Mara Reserve. It’s a thrill of another sort when you suddenly catch the majestic lion with its full mane devouring a fresh kill. The anticipation of one of those Nat Geo moments literally keeps you on tenterhooks. The adrenaline of locking eyes with a handsome leopard, peering through his amber eyes straight at you is unforgettable. Or the pandemonium that a lone black rhino could create, making the hartebeests, impalas and topis to sprint and leap through the grassland remains vivid with life. The land migration of tens of thousands of wildebeests walking in perfect queues, except for the few miscreants, is incredulously mesmerizing. The entire landscape dotted with these creatures for miles, is a sight I had previously watched only on Discovery channel. Beholding it with my own eyes was a different spectacle altogether.

There are some truly amazing memories of this trip, which are flooding me now and fighting for space in my posterity. The vastness and rawness of the landscape is overwhelming at first sight. Sauntering next to the magnificent giraffes and gorgeous zebras on the walking safari in Crescent Island makes you love them, while the gazelles and impalas are the daintiest and most curvaceous beings you will see beating the likes of Shakira and Gwyneth Paltrow hands down. The wonderment of seeing the animals up and close in their natural habitat (though unnaturally invaded by human beings of course) is an experience you really savour after having lived it. The rock climbing and trek through the gorges and canyon at Hell’s Gate National Park was so much fun. The sheer scale and uniqueness of nature is riveting, almost driving the point of man’s diminutiveness against the natural. But surprisingly, I wasn’t really inspired to put this trip into a travelogue until I typed in the first paragraph. And somehow in the course of writing, it seemed essential to treasure every detail into words.

#Solo#Yolo – Are Such Hashtags Changing Our Social and Personal Lives? 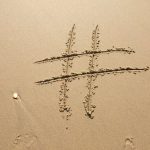