I am overwhelmed as I am beginning to write this posT…as I am trying to voice a hundred meandering thoughts into a lucid piece…as I am grappling to make sense of the happenings around me.

On last Saturday evening, I finally finished reading one of the most riveting, intelligent and powerful books of our times, “The Ministry of Utmost Happiness” by Arundhati Roy. It is an epic telling of the social, emotional, political and historical fabric of India of the past five to six decades. An eye opener whose reality hits you grim. Later that same evening, I watched the Akshay Kumar and Vidya Balan starrer Mission Mangal, about the successful launch of the Mars Orbiter Mission or Mangalyaan by India in November 2013. The climax of the movie gave me a very feel good factor about my country. I felt proud. I felt optimistic and I recalled how the country unitedly rejoiced that momentous feat.

Then on Sunday morning, I read the newspaper supplement and predictably there were columns, reports, interviews on the ongoing CAA, NRC, NRP protests in the country. They ubiquitously carried the same themes of “political churning”, “the deconstruction of Democracy”, “the communal chasm widening”, “the religious propaganda rising”. That same evening, I attended a Sufi music concert ‘Ruhaaniyat”, with a world class curation including artists from Africa to Iran to India, who were Hindus, Muslims, Christians and Sikh. Their renditions and collaborations tangibly broke all boundaries of borders and religions, suffusing a pervasive feeling of love, harmony and oneness. It didn’t matter whether Mukhtiyar Aliji sang Kabir or Mirabai, whether the Warsi Brothers opened their qawwali with Allah hu Allah, or whether Madan Gopal Singhji rendered Guru Nanak, Tagore and Bulle Shah. I didn’t see them belonging anywhere else in this world but this amazing and shockingly diverse country of ours.

In this milieu of contradictions and the so called air of distrust and disruption, I am astounded at the orderliness of my life. I am at conjectures reading about the displaced, desolate and gory conditions of refugees in Syria, especially children. While I do school science projects with my kids and discuss Sadhguru, singlehood and solo trips with friends over wine and coffee. I am certainly fortunate, privileged too, for which I am always grateful. I am also thankful that I do not have any wings, left or right, which clearly means I am not a politically astute person. I also do not ascribe to any of the several “isms” that are around, Capitalism, Communism, Gandhianism, Marxism, or communalism.  But in the current environment, being privileged, apolitical and not being a protestor might be scorned upon, or even considered anti-national.

I do not have the incise knowledge, acumen or information to probably write a piece like this. Despite my disqualification I choose to write because I believe there is still a huge population just like me, who is constantly not so much informed but only influenced by stories from both sides of the media. Hence, one really either fails to understand the true reality or forms his own judgement based on his reasoning and experiences.

I was distressed at the constant barrage of the protests’ news in the last few days, and so I openly discussed it with a well-read and open minded Muslim friend who is married to a Hindu. I asked how and what she felt about the religious and political climate of our country. Her unflinching response was that she completely belonged here and has never felt being isolated or needing to prove herself or her Indianness, not even now. Her reply was sincerely relieving and reaffirming that all is not bleak and ominous as depicted. I do know that class and social hierarchy play a huge role in how people are treated and perceived but that applies as a general norm of society irrespective of religion.

I am a proud Hindu because I perceive my religion as one which makes me tolerant, non-aggressive, accommodative and adaptable, it doesn’t imply weak, but a strong and secure mindset. I hold these values imperative and in high regard. All of us have grown up with friends, colleagues, employees, staff, and superiors from various communities or religions. But I never felt my religious identity or theirs being under threat from each other. Nor today in this climate, are we looking at those friends, acquaintances or staff differently or hostilely and vice versa. We don’t look at each other through communal or political filters. We look at each other as individuals.

I once attended a talk by a young upcoming politician who is a great orator and delivered a passionate speech, talking about “Gandhianism”, “Marxism”, “Ambedkarism”, and how his only motive was service of the subjugated class. I was impressed with his josh and jazba. However, there was a question running in my head and I waited a long time to personally ask him that. I asked, “Sir, you talked about all the ideological “isms”, but why has no one ever thought of making “humanitarianism” as their political ideology?” Why should we always be trapped in a subjective ideological pursuit? He was most dismissive of my question, relegating that that kind of ideology doesn’t work. Probably it doesn’t make for very zealous political speeches.

Our history is replete with communal and class-based strife, there have been glaring injustices, yet we have co-existed, and still can. Of course I do not mean that we let the wrongs and oppression go on and cohabit in a bubble. It is our prerogative to speak up against decisions, acts or policies, whether by the government or the society, we disagree with or find unfair and flawed. But as Mr. Gopinath Kannan rightly said in an interview that we need to learn and teach our children the culture of disagreement and debate. A victim and a herd mentality don’t do any good to any protest.

We may be divided by a million different things but let’s be united by logic and values. We have co-existed forever; let’s not give up on this historical legacy now.

Photo by Chris Slupski on Unsplash 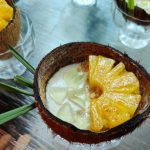 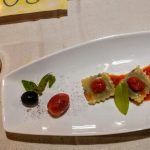