Power games…pervasive in every domain of our lives, whether subtle or scorching. Ever wondered how a fresh human life learns this game and then fights for it? My contemplation is that most humans pick it up straight as an infant from their householders, mostly parents. As parents, you are invariably establishing authority or obedience from your child, of course a lot of times for their own good. But this is the first idea of power, where someone dictates your actions. And a child, little that he might be, does comprehend that he who has it calls the shots. And who doesn’t want to call the shots?

These power games are omnipresent from corporates, politics, sports to even personal relationships. Now bring this power game into the most intimate realm of a relationship – physical desires, and it reveals some very intriguing human facets. A recent book that I read, “Bruised Hibiscus” wrapped and unwrapped this aspect astonishingly in the storyline with the most nuanced human behaviour when it came to sexual desires. The book sort of gave lucidity to my own semi-dormant thoughts.

To begin, why is seduction called an art? Because it is the skill of arousing the libidinal hormones aesthetically, sensationally, sometimes even intellectually. And not all possess this art. However, the one who possesses it in the relationship holds a certain power, the power to play it the way they want it. The power to make someone yearn for them, desire them and want them. While they choose, how and when to relent. It ensues their ability to attract, a skill to infuse and influence physical desires. And interestingly, a seducer is very aware of his/her effect and exerts it dramatically and dextrously to keep an upper hand but not to downplay his/her partner, rather to mutually tantalize and build the game.

Being called a seducer or seductress doesn’t imply derogation in that sense, in fact I would think it’s complimentary. It’s like making poetry where there might be only prose. And unmistakably, this artistic desirability gives them a feeling of power and being in charge.

But the same power can be applied to the same raging needs rather very differently. A partner who is fully aware of his/her counterparts burning desires and has similar cravings of his own, but his/her actions to its gratification hail from a very different seat of power. It is to undermine the other, to agonize their desires or worst to make them plead for it. To establish in no uncertain terms that it is them who decides and dictates if your desires should be fulfilled and that too at their behest. It is a power game played at the turf of not just desires but dignity. And the wielder of this power, feels like the controller of a puppet which gives them a very masochistic (but towards others) superiority complex, something they might even flaunt.

Further the same power is used even more indiscriminately and chauvinistically, where both have racy hormones coursing through their veins, but fulfilled only for the man in complete isolation and disregard if their partner has experienced even a blink of pleasure. Ignorance is not an excuse here or anywhere. It is complete insensitivity at the root of such behaviour. They take it as their power to dictate who pleasures, and all ancillary questions that arise from it. This feeling goes beyond being in charge or in control, it is the act of establishing unequivocal authority and proprietorship by quashing all sentiments of the other. These aren’t by any means some rural or medieval scenarios of promiscuity. They still run deep in our fledgling urban pseudo-liberal societies.

However, the worst form of power struggle is tyranny and it exists as much in the sexual context. When you completely overpower the other through non-consent and establish your territory over a person, the word is rape. And it happens in marriages and relationships. Paid sex, flesh trade run rampant in the world and come cheap too. Then why do people rape? By their own admission, rapists say it is the sheer fervour of power over the other person that is the driving force. And it certainly must be so, because a non-consenting, non-participating partner can be of no sensuous pleasure.

It is the thrill of pinning down someone and marking your terrain, ravaging their mind and body that induces the sense of achievement and ownership of power. Even in relationships where it might not get so ugly, but overruling a partner’s wish and consent to make them mere objects of your will is still criminal power play.

In the book that I mentioned, Rosa one of the protagonists has unsatiating desire for her husband and vice versa. For years together, she feels that she is extremely desirable to him, her presence ignites him and that is her power over him. However, one night when the husband wants to avenge her for some past misgivings, he screams, “Beg, Rosa beg”. And the words jolt her out numbly. The words sink in to make her realize that it was his power to make her beg for her passionate needs. While Zuela, a parallel protagonist is handed over and later married to a man old enough to be her father. She tells Rosa, there are no desires, there are no pleasures because she never has known it. She has known no choice, no say, no right to indulge or deny any act over her body.

Sexuality is a very primal, active and real aspect of a person’s personality and relationship. And hence, it could be motivation enough to show and establish dominance and subservience from the other. But any normal person would want to express or enjoy it with dignity, freedom and pleasure. It is not a reward or a punishment that you earn from or sentence to a partner. It is the preserve of a healthy, respectful and consensual relationship. A subtle democratic power might even be exciting for some, but it cannot become an arena to declare victories or winners.

Photo by Clive Kim from Pexels 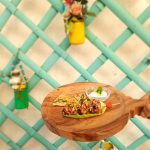 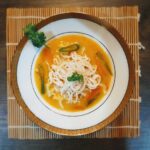