“Friends are the family you choose” – one of the most popular quotes on friendship by far. Also, being a lofty personification of things in my opinion.

A lot many friends come and go as we traverse through life, a few might just stay, for the rest they are swapped and replaced. But that’s surely not a doable plan with a family. You can’t swap or replace them no matter how much you disagree or detract. In that sense, the “friends’ family” is indeed very convenient with its open-door exit option. So, I might rephrase that quote as, “Friends are the flexible family you choose”.

I probably sound like an envious lassie who doesn’t have friends and chooses to ridicule the sanctity of friendship. But it really isn’t so. I have been fortunate and grateful to have an amazing bunch of friends through all my living years. And I wholeheartedly acknowledge their support, affection and significance in my life and similarly in everyone else’s. However, at the turn of being forty I do see the evolution of friendship more clearly and objectively. Coincidently, a dear friend pointed out quite the same. At this juncture in life, friendship seems so very different from what it appeared as teenagers or college goers, or in the Rachel-Joey-Chandler saga.

Over the many years lived, an exodus of friends rushes into your life, first at school, then at college, but most of them happen to drift away. Because you mobilize, they mobilize, you meet newer people in areas of your work, operation, social circles, etc. And then, you reach a stage and an age, where you believe to have stabilized and so have your friendships. But it’s a myth that breaks for a lot of people. There are sometimes slight, sometimes deep, sometimes passing issues that lead to the collapse of mature friendships. Rifts open, chasms grow, conversations die and despite yourself you can’t put it together again. But you do move on and you should.

This is also that stage in life, when making or finding new friends is beyond your scope. Oh, you do make a lot of acquaintances, many a pals, some bros and babes as well, a few great friends too but you can’t find or make that one “Buddy”. It’s not impossible but its tiringly improbable. I might sound contradicting myself, where I undermine friendships that constantly change and then idolize that one “buddy friend”.

Honestly, when you look detachedly, friends and friendships are just a sea of people coming in and going out like tides. Some days some waves rise and then ebb away, other days new waves rise and fall away too. It goes on. For some people, these movements are higher and more frequent, for others there’s a more steadying semblance. Surprisingly, in these Covid times, people saw a lot of re-alignments in friendships. Old dynamics changed and new equations emerged. There is absolutely nothing wrong about it per se. But it only convinces me more that the whole gamut about friendships is overhyped and exaggerated. However, in this sea of rising and ebbing tides, there is a certain anchor and there is only one such anchor and not everybody is lucky to have it.

We also live in strange times of social media frenzy. And it never mattered so much as now to see how long is your friends and followers list. It’s demeaning but it’s true that people judge you by the friends and by the number of friends you have, and the social circuits you move in. For some, these numbers might also be about personal validation.

Friendships unlike other relationships do not expect or desire exclusivity and thank God for that. No wonder, we are able to enjoy multiple ones of those without difficulty and guilt :). Yet, there is a tacit, unspoken agreement and expectation of exclusivity with that one best friend. And when that place is replaced by someone else, it feels like a betrayal and it pricks at your heart.

People who say that losing their best or dear or even a good friend didn’t hurt or bother them fall in one of these three categories. Either they are those higher detached souls who have attained some boddhisattva, or those whose ego doesn’t let them show their vulnerability, or lastly those who make me wonder if they were even so close to begin with.

Friendships are what they are, an essential construct of our lives and while I wouldn’t glorify them, I certainly wouldn’t disparage them. I would say they are like flings, you have them for fun. Not to say that they don’t bring in a lot of care and warmth while they last. But a best friendship is like a relationship, you have it because you need it. And once you find it, you do your best not to lose it.

There is nothing more or less to friendships, than passing people who keep building your memory chest, and when you look at yourself in the mirror above it, you find a wistful smiling reflection staring back in nostalgia. 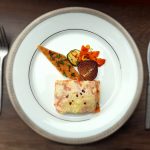 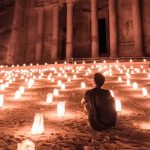 How different was the epic year 2020, globally and personally?