I have had several nights of discussions (which turn into debates 😊) with friends over the contention, “Is there a God?” or “Who is God?” or on similar lines. But at this point, I am not debating the existence of God or his/her form. I am simply contemplating if there is a need for God?

I dare to pose this question despite having no theological or metaphysical thesis or research to back my answer with. But because this question is neither academic nor religious, and I have a freedom of expression so long as it doesn’t incite violence or disrupt public harmony, I choose to share my voice with humble conviction.

For the rational atheist or even a believer there is a quick retort against this need. Apart from an ambiguous origin, this entity or person whose existence or presence only leaves a trailblaze of bloody history, a brutal fanatic game of superiority and a means to exhort power over others; for what good reason would the world need him or her? It is totally justified that we don’t need a God even if he/she exists.

As if the existence of God wasn’t catastrophic enough, his/her own needs seem even more horrendous. When half the world goes hungry and homeless, his/her coffers overflow with wealth, where he resides in towering complexes, bathes in sandalwood and incense and eats Chappan bhog (an elaborate meal of 56 dishes). But so does happen in every capitalist country, why blame God alone? Because he/she isn’t expected to be a capitalist. For the atheist, God doesn’t exist so there’s no quagmire on his lifestyle or governing style. However, the believer would much prefer God taking keener interest in his massive creation than basking in his own majesty.

Yet, could there be more to this entity than meets the eye? This point forward I am only writing from my experience and opinion, neither trying to generalize or rationalize it as an acceptable truth nor attempting to defend it as my own.

Recently, I was at the Chidambaram Nataraja Temple, a glorious and ancient complex dedicated to Lord Shiva. Chidambaram translates as ‘sky of consciousness’, chit meaning consciousness and ambar meaning sky. Shiva is enshrined here as Nataraja (the dancing form of Shiva) signifying his cosmic dance of life and beyond. I stood there nonchalantly with folded hands taking in the view. However, as I was going around the various deities, there was a moment when I looked at Shiva holding his ecstatic trance, at Vishnu reclined in his ethereal bliss, and at the Ammans being regaled (it being Navratri) with beats of thavil and nadaswaram. In that fleeting moment something moved within me. A shift in sensation, a sensation of grace.

While I was still enraptured by the reverberating music and conjuring Shiva’s cosmic dance, I got transported to Dwarka (one of the four important pilgrimages for Hindus) which I have visited regularly since a child. I have special affinity to this temple and Lord Krishna because they both go back to my childhood memories. I am neither religious nor ritualistic in the traditional sense of it and have shed considerable conditioning on my way to 41. But as you get in the darshan queue, the thunderous hails of “Dwarka ma kaun che? (Who resides in Dwarka?) “Raja Ranchod che!” (King Ranchod (referring Krishna) resides here)!” give you goosebumps. I have time and again found my eyes going moist without any particular reason as I move closer in this queue. These echoing hails come as an overwhelming response of human need and devout love that cloak you in profound humility and gratitude.

Whether you climb up Vaishno Devi fervently greeting “Jor se bolo Jai Mata di”, “Saare bolo Jai Mata Di” or move inch by inch at Tirupati rhythmically chanting “Govinda Govinda”; or witness the mesmerising aarti by the banks of Ganga in Haridwar, I have felt a kindred spirit overflow and settle like sediments around this delta of faith, love and veneration. An aura of magnanimity, awe and benign power taking over you. This experience is not exclusive to any place, deity or religion.  When you immerse yourself in the voice of Bulle Shah, Abida Parveen, Parvathy Baul or Prahlad Tippanya or lose yourself in the verses of Kabir, Rumi or Guru Nanak or become singular with the dance of dervishes, you feel their unclouded uncorrupt surrender. Surrender of the highest kind.

Surrender to what? Surrender to something above and beyond your ‘self’, to something magnificent and powerful, to someone you truly can become one with, to someone who accepts you just the way you are. It is in this succumbing that you surrender your ego absolutely and wholly. The debates may rage on the existence of God, the creation of universe, the truth of mythology and everything else. But this surrender that the saints and masters experience and talk about is not a myth or an abstraction. It’s the kindling of light in your soul, of unadulterated kinship and universal compassion.

So, I ask myself do I need a God? Yes, I need a God. I need someone to bow down to because in that prostration I am humbled, I acknowledge my insignificance and I acknowledge my limitations. When a devotee hails Krishna or Durga as the king or queen, he sees somebody to rely upon, somebody who doesn’t change the situation but stands by him without mocking his vulnerability or frailty. You rely on someone not out of your weakness but out of your need for support. You dissolve your ego and arrogance when you beseech someone. And in this dissolution of the self with all its trappings is the real surrender. This submission even if imperfect or partial, certainly happens to an extent in that congregation of human faith be it the holy Kaaba, St. Peter’s Basilica, Jagannath Puri or the Harmandir Sahib.

Religions were invented for their own reasons. Legends and epics probably floated out of part imagination and part reality. Mythology has its own contentious basis. And so that leaves us with a very shaky and unreliable ground on the form of God considering if he/she exists. However, what stands out for me is that the essence and ethos of God is real, eternal and consistent across this planet. The sublimity and divinity that you experience, the undeniable connection that you feel across the spectrum of life, that melting away of yourself irrespective of its source is the relevance of God. And if giving a form or identity to this divinity helps in realizing it better, then I think we do need a god albeit a Reimagined one.

We need a god who isn’t so petty, so greedy, so angry, so jealous, so cruel who gets blown up in pride when someone calls out his name 108 times, or who extends a helping hand to the one who offers him pristine marble shrine, or gets upset if someone misses one of the five prayer calls, or scowls if his religious competitor has more followers or preaches killings to prove his supremacy. How can such a shallow creature as we have historically projected be God? And who in their sane minds would want to worship him/her?

A non-prejudiced, non-conditioned God who doesn’t look down upon others who appear, talk or live differently might be so much more affable and comforting. A God to look up to, a role model to emulate and imbibe his/her serenity, generosity and righteousness. A God of love rather than fear who doesn’t punish a child at his every mischief but holds him in warmth to teach right from wrong.

I think ‘God’ became such a factious issue, a divider of sects, opinions and beliefs because we are so rigidly stuck at seeing and understanding him/her that we completely forgot to feel him/her. Divinity is never fathomable, it’s only felt.

Do I Love You? No. I Love My Image of You 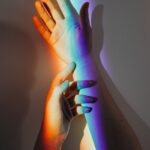 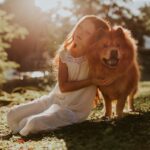 Must You Raise the Best Children or Just ‘Right’ Children?