Skip to content
There’s a beautiful video by Wayne Dyer doing the rounds on Whatsappthese days, in gist it says “what’s inside, comes out”. He uses this simple analogy of an orange to illustrate his point, no matter how much or how little, when or where you squeeze an orange, the only thing coming out of it is orange juice. The orange gives out only what it has inside, can’t give any other. Pretty straightforward.
By the same logic, we give out what we have inside. So when I give out anger, greed, jealousy or hatred, that’s probably what’s inside me. Similarly, I can also give out love if I harbour love inside me. In essence and by common sense you can only give what you have. You can only give oranges or apples to someone if you first have them. Fair enough.
I quite loved this video and its message and did share it with some friends. However, as I was lying down, retired for the day, there was another thought running through me. The orange gives out orange juice because that’s what’s inside an orange and that’s the only thing inside it. But what about us, yes we do give out anger, hatred, or greed but we also give out love, kindness and joy. So what do we have inside us in our locked cupboards? We have it all, we have oranges, mangoes, apples and we also have ridge gourds and bitter gourds. Complex humans that we are, we have a massive cocktail of emotions inside us. We simply give different things to different people.
Capable of showering kindness and warmth upon one but showing the same to another might be strenuous. And this is exactly the paradox of our daily lives, dealing constantly with varied souls. You love your sibling dearly, but you might not love your spouse’s brother or sister quite the same way. And it is not just about the filial bond at play, you find justified reasons to dislike them a bit. But those same issues or reasons don’t quite obstruct the flow of affection for your own sibling. You can go out of your way to reach out to a friend A but you cannot quite bring yourself to do it for friend B or B’s condition doesn’t evoke the same concern and care within you. But there might be a friend C who would do his best for B. In this entire sequence, who’s got what inside? You certainly have kindness because you helped A yet couldn’t do so for B. So does that make you compassionate or contemptuous? But C felt tenderness for B, so B is surely not a universally bad person too. There are no clear answers to these.
It’s rather easy for the orange, it only has a single component within it, so keeps gushing that out. However, even with the harmless orange, the juice is sometimes sweeter, sometimes a tad sour or slightly bitter. The externalities of temperature, soil, water, location etc certainly affect it and its inside. So what fate do we hold living in a world of constant reactions leading to multiple flavours brewing inside us? It would be grossly unjust to say that we only have negativity around or inside us. But yes, we are definitely incapable of maintaining altruism within us at all times and with all beings. We are both slaves of situations and slaves of individuals.
Coming to think, an ordinary human like me gives out what it receives. And it piles on its insides with these accumulated tokens instead of filling the same with its self generating benevolence. It’s as simple as this, someone gives me a birthday present worth five hundred, I make a mental note and at the time of reciprocation give him similar present of five hundred. Someone gives me a gift worth five thousand; I reciprocate with the same value. And the unwanted gifts just end up being circulated from one to another. Sadly, we have adopted the same referral in our emotional reciprocation, slowly becoming oblivious that emotional gifts are cost free and self generating. So might as well give everyone a richer gift. Not easy I know, because these richer gifts don’t pinch the pocket, but worse they pinch the ego.
I read a very honest quote by Ferenc Santa almost two decades back and it has stayed with me ever since. “Every man has his faults. It all depends on whether he has enough good qualities to counter balance them.” I don’t quote his words as a defence for my human frailties; I just think it’s true for and of us humans who haven’t quite reached the sublime state of constant love and giving it out. We have a lot inside us including love and naturally one or more of it comes out depending on how, when and who squeezes us.  But we could surely attempt to enhance the ratio of love juice in the cocktail, so that a bit of anger, greed or jealousy doesn’t really interfere with the flavour of life. 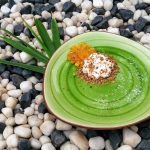 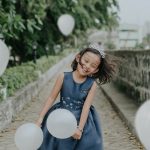 Two Girls, One Balloon And My Blurred Compassion