If you have ever thought about this phenomenon, you would know it’s a co-dependency that makes the economy go round. The rich need the poor to employ and the poor need the rich to be employed by. Of course, this arrangement doesn’t work in symbiosis of dignity or economics, it somehow just works with huge disparity in societies as a prejudiced outcome.

However, I am not talking about the economic interdependence of the rich and the poor or putting capitalism versus socialism. I am talking about the social reliance between them, the hierarchical dependency of the rich upon the poor and vice versa. And in this regard, surprising as it may sound, it’s the rich who stand out starkly needy and wanting.

When you employ a maid, there are two basic impacts of it, one physical and other psychological. The literal result is that your dishes are done, clothes are washed and hung, floor swept and mopped. In return, the maid earns a salary to support her own family. Now, when you hire a tutor to teach your child, the work of teaching or wrecking the head with your child is accomplished. In return, you pay the tutor a monetary compensation. Technically, there isn’t any difference between the maid and the tutor as far as they are both service providers, keeping aside their skills. Yet, it is the maid, rather the poor maid with her very limited means of sustenance and consumerism who gives you the sense and superiority of being rich.

Being rich is a very relative status, and it is indeed the poor who make you feel rich. Imagine if there weren’t poor and downtrodden maids, just domestic service providers? Economically and productively, it might not have a very different impact but socially and hierarchically it will upset our entire class-based social structure. In this sense, it’s unquestionably the rich who need the poor, not to get work done but for the fact to be called rich.

The origin of this human tendency may go back to the nomadic evolutionary days when self-protection and transmission of genes were the only motives. A man with better and higher resources naturally had a more favorable chance at both. And hence “Status building” as we know it today, evolved and developed as one of the important mental modules of the modern man. And it is on this module that the enormous wave of consumerism is riding on.

When they say the spending power of a population is rising, it basically means people are less poorer than before. So, the rich will have to be richer or spend more to maintain the same social gap. A subtle behavioral observation will prove you so. When you were using the Dove conditioner and Ponds lotion, your maid was using shikakai soap bar at best. It was the expected thing. But then you see her tween daughter now using Dove shampoo, face cream and even a Nivea deodorant. And you go, Wow! When did she get to Doves and Niveas?

Now to continue feeling richer and superior, you cannot stick to Ponds and Doves as your maid. You need to switch to Juicy Chemistry, Neutrogena, or better Forest Essentials. The product helps you to maintain the social chasm and assuage your inherent need to maintain the status, in this case even in your own eyes. The entire luxury goods segment of 217 billion euros thrives on this psychological premise, the desire to be looked upon as rich.

The poor need the rich for survival and sustenance of basic and physical needs but the rich need the poor for very different reasons than apparent. Imagine if all were to be well off and afford a Calvin Klein shirt, there wouldn’t be any worth or pride in having it at all. It is only because most still wear a Peter England or lesser that Calvin Klein feels superior. And the by the same logic, it is only because even fewer can afford a Louis Vuitton, that LV has an edge over a CK. We need the lesser, the lower and the bourgeois to feel upper, higher and illustrious.

In one the most visionary classics Nineteen Eighty Four –1984 by George Orwell, the author suggests that the world will have and does have enough resources to do away with poverty but it wouldn’t. Those resources will be constantly engaged in warfare, ammunition and armies for two reasons. Because it keeps the population under fear and belief that it needs government protection and secondly to avert abolition of poverty, because it is the social and economic gap that helps to subjugate populations and control and influence their thoughts and actions.

Well, as it turns out from the simple and innocent switch from Dove to Forest Essential and thwarting global agendas, it is the rich who need the poor much more than the other way round. While revolts and movements have never been fully successful to dislodge the class divided societies, what you and I can do in the least being part of the same society is observe and award dignity of labour and human respect to every individual.

As Alexander Pope quoted, “Honour and shame from no condition rise. Act well your part, there all the honour lies.”

Photo by Max Böhme on Unsplash 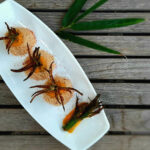 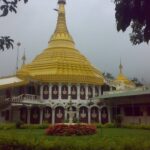 VIPASSANA – My First Real Glimpse WITHIN